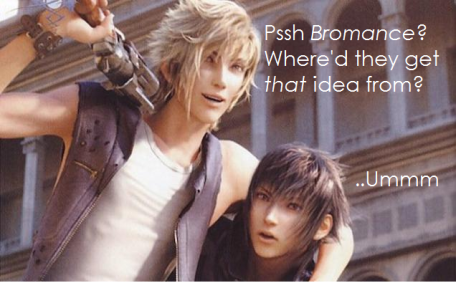 So when Square announced that the newest FF was going to have major bromance material (don’t act like it isn’t!), of course there were fans that weren’t all too pleased. Certain Western fans put up their ‘no sausage fest’ banners while a few Japanese fans were sighing that XV might turn into a ‘otome/dating sim’ game.

Now, honestly speaking….when I first heard about there not being any playable females, I too was pretty miffed! Being female myself, I too enjoy playing females in my FF games! Could I relate to fictional female characters that had way more awesome lives than myself? Well…no…BUT I could relate to the fact that we were both female so…that’s something…? Right? Err anyway when I thought about it…I actually started to not mind that much anymore! The reason you asked? Well….we already had this:

So, yeah we already had our “GURL POWAAA” game and our “BADDASS GURL POWAAA” game, so considering Square does not have any sort of track record of making main title final fantasy casts that are completely comprised of only the male gender, I feel that XV’s all-male party may be refreshing in some ways! This is especially the case if you loved games like Final fantasy VII: Crisis core and Kingdom hearts 1 & 2, both games didn’t have a playable female cast but both games were highly enjoyable (in my opinion) and it didn’t feel like much of a sausage fest either!

Honestly I have to say, I wouldn’t rag on the game until you’ve at least played the demo, which should be heading to us around the first quarter of 2015 (which I am very excited about). See, if there’s one thing I can’t stand is people who have not played or have played very little of a game and then rag on it like they’ve played it 400 times (see my ‘squall is not an emo’ post). Anyway, the game isn’t out yet (and it’s not going to be for a while still) so just give the damn game a chance, would ya? 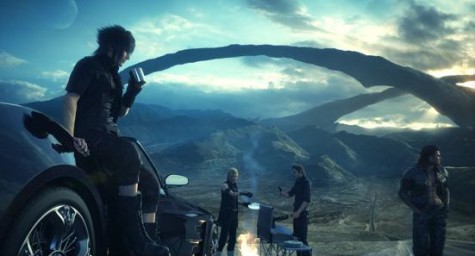 Follow Moogles and Moombas: final fantasy rants for the Kupo's on WordPress.com